All photos by Hillary Viders

In addition to their 23 hours of work per week at their job, the apprentices come together every Wednesday at the Englewood Public Library for weekly work emails, by which students would be receiving timely program updates. She mentioned that during the program, students would also learn how to put together a resume, a resource that would help them not only in college but also throughout their professional career. 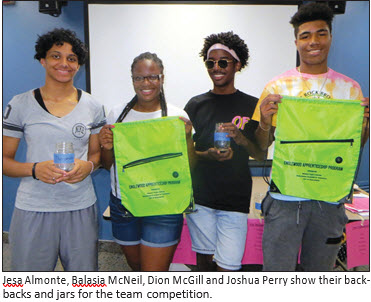 In the coming weeks, the students will also learn how to open a bank account, negotiate finance skills, understand the difference between nonprofit and corporate, hone their communication skills, and much more.

During the July 2 work- shop, Corsini announced that a new opportunity was available for participants in this yearʼs program—a trip to Brook-lyn lyn Historical Society for a day-long international summit on human trafficking and sexu- al exploitation hosted by World Without Exploitation.  This is a topic on which Corsini has pas- sionately advocated for many years.

For the past few years, she has organized workshops for the football and baseball teams at DMHS, assisted by their coaches and school principal, to teach the athletes appropri- ate gender behavior and the cardinal rule of, “See some- thing, Say Something.”

A major component of the Summer Apprenticeship Pro- gram is teamwork. The team competition in the program is a fun way of inundating the stu- dents with effective work habits. Each team of five students created its own name and received a glass jar. At weekly workshop sessions, a chip is dropped in the jar of the team whose members col- lectively excel at specific goals, such as perfect atten- dance, arriving on time and good reviews by business owners on worksheets. At the conclusion of the program, each member of the team with the most chips receives a prize.

The apprentices are Englewood residents selected by a team of BFC professionals and Englewood Chamber of Commerce members. Students go through an interview and selection process involving a rubric system to assure efficient and fair selection of students.

This year there were75 applicants from which a group of 30 students was selected. Participants are 11th and 12th graders, aged 16 and over, that come from different schools, including Dwight Morrow High School/Academies@Engle- wood, Bergen County Academies, Paramus Catholic and Bergen Tech.

Many of the students are offered the opportunity to continue working in their placements after their apprenticeship is over. In 2017, five of the pro- gramsʼ apprentices went on to part-time salaried jobs at their summer venues.

Other students are able to attain employment elsewhere, whereas had they not had the apprenticeship opportunity they would not have been as successful. For many students, this is their first taste of the professional world. It helps their self- esteem.
The Summer Apprenticeship Program is rewarding for the teachers as well as the students.

“Recently we received a thank you letter from one of our previous apprentices, stating that his experience has really bolstered his chances of success and that he will be able to take what he learned to the University he will be starting in the fall,” Gerges said.
PHOTOS BY HILLARY VIDERS 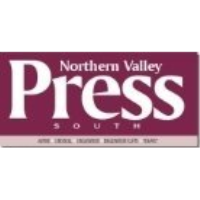