ENGLEWOOD––On Aug. 1, National Night Out was celebrated in several communities throughout Bergen County.

National Night Out is an annual awareness-raising event held the first Tuesday of August. It is a venue for local residents to spend a safe evening with the emergency services personnel who serve their communities, getting an opportunity to speak one-on-one and establish a rapport with the officials.

In Englewood Cliffs, this year’s National Night Out was organized by Police Capt. Timothy Regan and Sgt. Nicholas Drimones, and it was sponsored by the Englewood Cliffs Police Department and the Drug and Alcohol Alliance.

There were continuous activities during Englewood Cliffs National Night Out, from 7 to 10 p.m. at the parking lot of the Municipal Building. By 8 p.m., the area was filled with hundreds of Englewood Cliffs families as well as 20 police officers, all of whom were there on a voluntary basis.

In Englewood, hundreds of residents and visitors from the city and surrounding towns came to MacKay Park where they met and socialized with members of the police department and other community services from 6 to 10 p.m.

Back by popular demand was DJ Byron Aguayo, who once again kept the atmosphere upbeat and welcoming, and there were cooks making ethnic foods at numerous tables and booths. An inflatable slide and face painting were popular with children. A highlight of the night was a course set up in the parking lot where drivers wore goggles that simulated drunk driving.

Englewood Police Officer Robert Zimmerman drove through the course with many exhilarated participants.

“I think I just hit a tree and knocked over three people!” exclaimed one woman after her three-minute jaunt around the course. It was a very sobering lesson on the dangers of drunk driving.

“National Night Out is a great opportunity for our police officers to interact with and engage with the community,” said Halstead. “Everyone I spoke to said it was great, and we are looking forward to doing it again next year.”

In Englewood Cliffs, residents met and spoke with the various law enforcement officers, firefighters and medical experts, including paramedics from Hackensack University Hospital and a Mass Casualty Unit from Englewood Hospital and Medical Center. Tables and displays were set up with information about opiate abuse, crime prevention, fraud and other departments that the police bureau oversees. The canine unit from the Bergen County Sheriff’s Department brought a working dog that children were allowed to pet. Staff from the Bergen County Prosecutor’s Office spoke about what their office does and a Rapid Deployment Team showed some fierce looking weapons. Bergen County Prosecutor Gurbir Grewal stopped in briefly as part of his tour of several National Night Out events throughout the county.

An exciting demonstration was given by the Englewood Cliffs Fire Department of their equipment and rescue techniques. A huge crowd watched them break through the glass of a car with hammers and the Jaws-of-Life to extricate a “trapped motor vehicle accident victim.”

In a table set up near the entrance to the Municipal Building parking lot, Police Capt. Brian Murphy, the bureau’s sketch artist, fascinated people with his talent and technique that he uses to identify criminals. Children in particular were fascinated at his exhibit of criminals that his sketches had helped apprehend.

Also on exhibit were a few classic cars that had been brought for the evening, including a drool-worthy 1936 Buick La Salle that had been used in the wedding scene of The Godfather.

Another highlight of the evening was a video that had been prepared by Police Sgt. Ron Waldt that showed footage of Englewood Cliffs Police Department pursuits and arrests. Some of the scenes had the sensationalism of James Bond car chases, such as a police car doing a 360 and crashing.

The video was a dramatic representation of the real life work of the police department that most people never see or hear about in the news. After viewing the video, the audience had an increased respect for the Englewood Cliffs police officers that risk their lives to protect the community.

“We offered a lot of valuable information on fraud theft and opiates, and there was excellent camaraderie with the fire department, the Bergen County Prosecutor’s Office and the Sheriff’s Office, as well as the hospitals,” said Englewood Cliffs Police Chief Michael Cioffi.

National Night Out has been held annually since 1984 and is sponsored by the National Association of Town Watch in the United States and Canada. The event is meant to increase awareness about police programs in communities, such as drug prevention, town watch, neighborhood watch, and other anti-crime efforts. 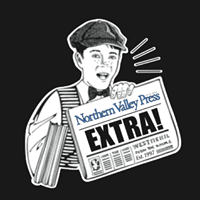